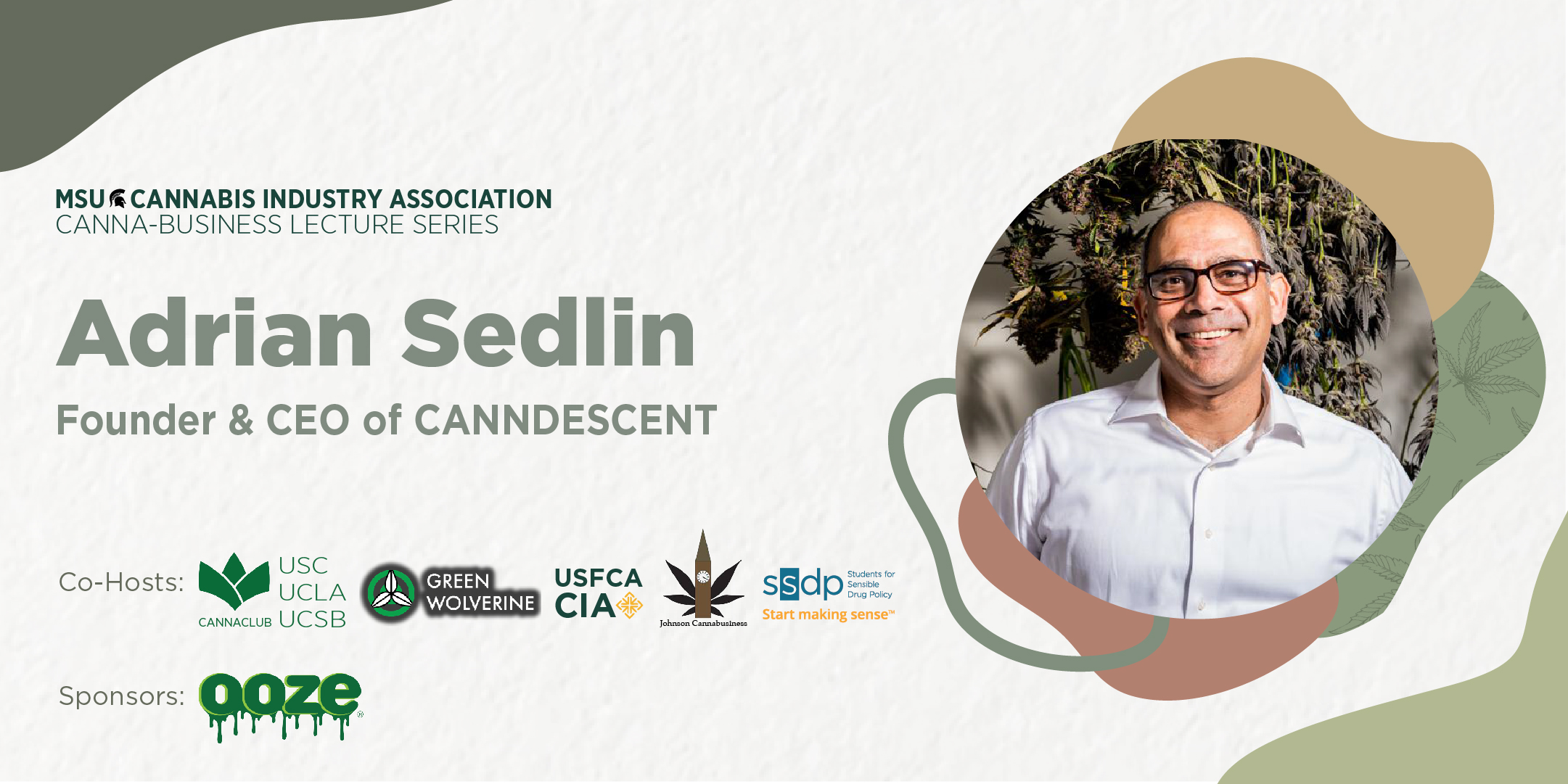 This fall, participants will be able to learn from twelve renowned entrepreneurs and experts who have cumulatively raised $560M in venture capital and oversee $300M in capital under management.

In 2015, Mr. Sedlin left early retirement to launch CANNDESCENT, a leading California cannabis brand. In 2017, CANNDESCENT became the #1-selling brand of cannabis flower in California and the company was the first cultivator in the world to abandon strain names and move to a consumer-friendly, effects-based architecture—Calm, Cruise, Create, Connect, and Charge.